For about 3 months we've had John Demos down at Firstdraft Depot working on some prints on the Big Fag as part of his residency mentorship program thanks to his Amplify Your Art grant. John has been coming in one day a week to create his beautiful works and experience the process of making those works into prints on our offset proofing press.

I've been mostly managing this project solo, and it's been an amazing experience for me. Art is the way John experiences his life, and his works are an exploration of belonging and home, and the words and images that mean those things to him. When he's not practising, John is browsing countless Sydney galleries where the attendants all know him by name. This is a kind of passion I feel is rare in just about any field.

Whilst down at the Press, I introduced John and his liaison Kristina Tito to Jo Holder from The Cross Art Projects gallery. He's been offered the opportunity to exhibit his work at the end of our mentorship there in October/ November. This is such a great opportunity for him to make contacts, show his work and most importantly give a voice to artists like himself who benefit so much from Supported Studio Networks.

We're just in the printing phase now, and the entire project is taking shape. I organised some paper sponsorship from K.W. Doggett, which has been great for John to experiment on. He loves discovering new kinds of paper and mediums to work with, and asks endless questions about ink mixing, how the press works and what kind of things we've printed on before.

We've made up ten metal plates of John's work separated into different colours, and he'll end up with a series of about 4 works, plus a few others where he will experiment with layering different works on top of each other, and then using them as a basis for more hand- rendered work.

Josh Charles has been making a short documentary of the entire project.

Spending any time at all with John has shown me that he has a little story about everything. It's really important to give John a platform from which to tell those stories - through his art, but also his practice, which can potentially, as he says, "influence other people towards art".
Posted by Lou at 11:15 PM 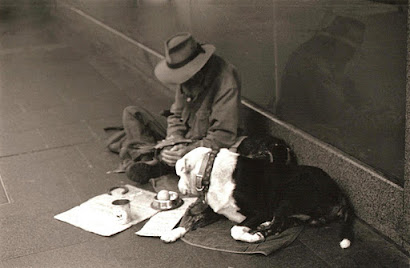